When you go to a Chinese buffet, you usually don't go there for the desserts, and you probably don't expect great apple pie. Mandarin Restaurant in Ottawa, however, was a pleasant surprise.

Although I wouldn't call their apple pie "great", it was well above my expectations. The crust was really flakey. (Not my personal preference, but I know some people like flakey crusts above all). 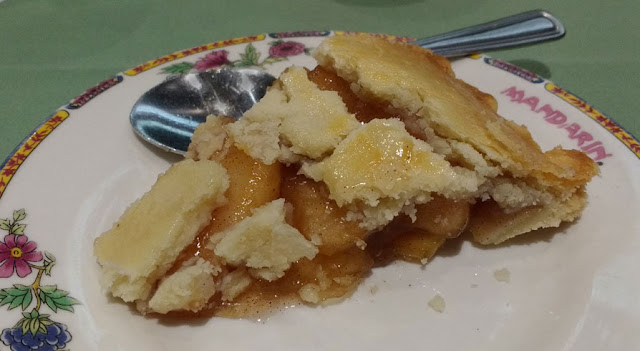 The filling had plenty of crunchy apple slices, in a reasonable amount of jelly. The jelly made it look a bit too mass-produced for my liking, but the flavour was very good, albeit a bit heavy on the cinnamon. On top of that, it was kept warm on the buffet, which of course makes it taste even better.

Ice cream in many flavours was readily available for those who like it "a la mode". (I never add ice cream so as not to influence my reviews of the apple tarts themselves).