A tart by any other name

It could be argued that Apple Strudel is not really an apple tart, but since it has a crust and since its filling consists mainly of apples, strudel is still worthy of this blog.

I don’t know if this interpretation of a German classic is authentic, but I found it surprisingly good.

The crust is thin, as I like them. For me, a crust must fulfill its function of enveloping the content, but it should not go beyond that role and draw attention to itself. (I do not hold the same opinion about pizza crust, but that’s not the topic of this blog, so let’s not digress). 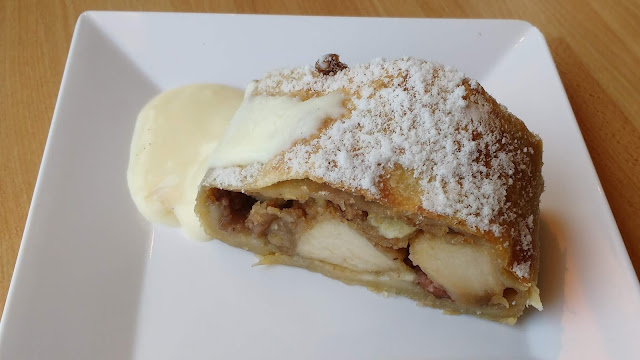 The filling consisted of big pieces of fresh apple, cooked but still a bit crunchy, complemented with crushed walnuts and cinnamon. Unfortunately, the apple they used lacked a bit in natural sweetness, but the vanilla sauce served with this strudel compensated for that and the resulting taste was quite pleasant. 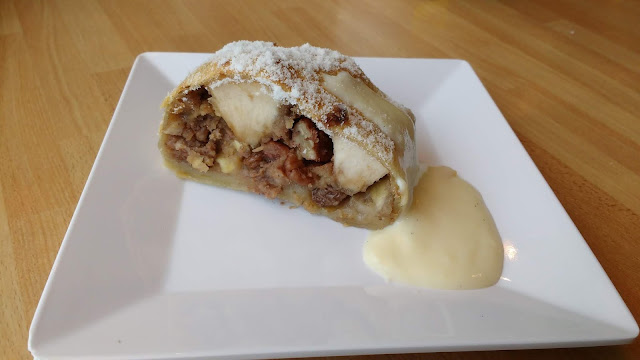