If you can't get just one slice...

This orchard has a store associated with it that operates year round. When I was there, in March, they did not have a tasting room, so I had to buy an entire tart so that I could taste it at home.

I am sure you'll sympathize with my plight of having to taste an entire pie instead of just one slice. It's a tough job, but someone has got  to do it... 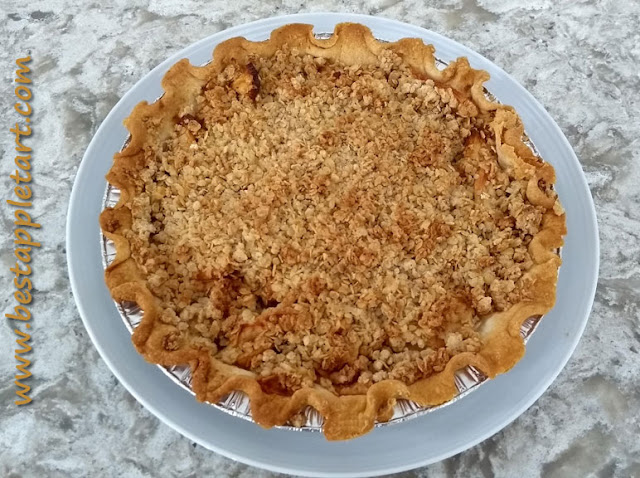 I chose the "tarte aux pommes paysanne" (farmer's apple pie) which has a crumble topping. They also make a traditional double-crusted pie, as well as other sweet and savory pies. And apple jelly, apple butter and jams from various local berries. But I digress.

I really liked this apple tart. The filling consists of thinly sliced apple with cinnamon. No gelatin. Not too sweet and the cinnamon taste is not overpowering. 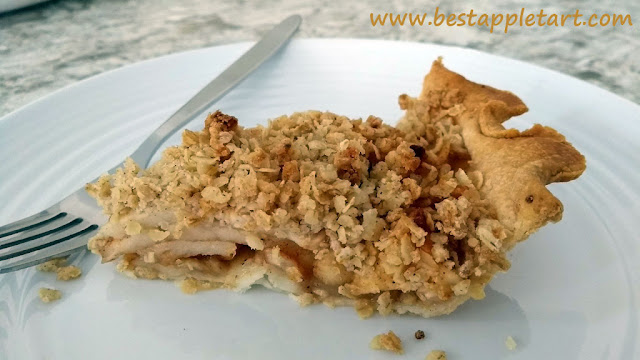 The crust is thin and discreet and the topping seems to be a classical mix of oatmeal and brown sugar. There is a lot of apple; this tart is not just crust and topping.

Unfortunately, given my schedule, I had to take this apple tart home and eat it two days later. I am sure it would have been even better if I had been able to eat it fresh on the premises!