Good surprises often come in the most unexpected places. In this case, at an "all day breakfast" restaurant that I had often driven by but never visited.

It turns out they serve a lot more than breakfast. I was in the mood for a mid-morning snack and was eager to try their "apple blossom". The waitress had described it as a kind of turnover, but I find that description doesn't really do it justice. 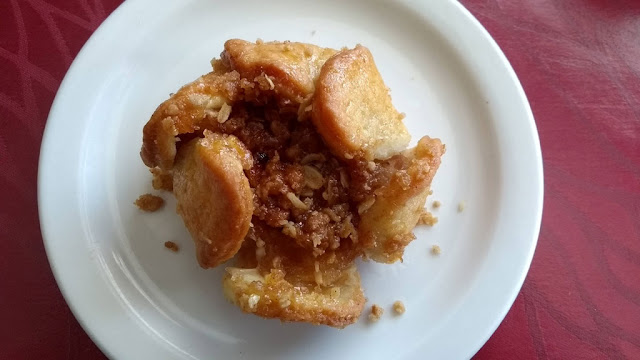 This blossom consisted of a flower-shaped crust with the petals folded over a filling of apple topped with oatmeal crumble. It was served deliciously hot, as if it came right out of the oven. The taste was nice and sweet, with just the right amount of cinnamon. 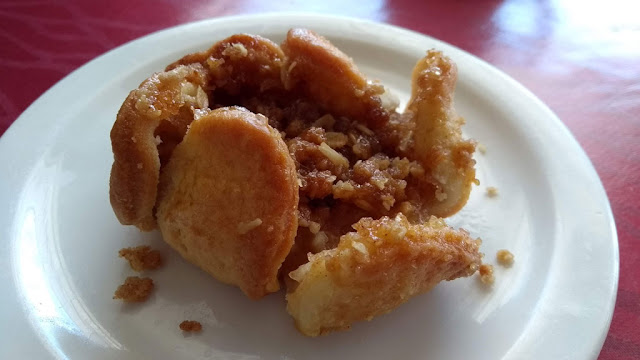 Now that I know which treasures are hidden so close to home, I may find it hard to resist the temptation to try out their other fare!