Over 39 years and going strong

Last week I was back in my old neighbourhood, secretly hoping to grab a piece of apple pie in a local coffeeshop that had opened not long before I moved out of the area. But - great disappointment - the place didn't exist anymore. Unfortunately, that seems to be the fate of many restaurants. It's very hard work, and the chances of success are not that great.

So it's very surprising when you find a place that has been there "forever". Mary's Restaurant in Winchester is such a place. When we asked who "Mary" was, they couldn't answer, because this restaurant already had that name when the current owner bought it 39 years ago! 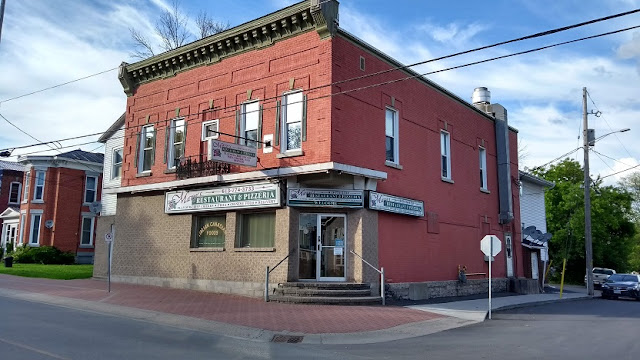 The secret to Mary's success seems quite simply that they serve great food at reasonable prices. Sounds easy, but if it were, no restaurant would ever go out of business, would it?

Mary's serves a variety of meals, but I won't bore you with that and get straight to the dessert. I chose apple pie, of course. 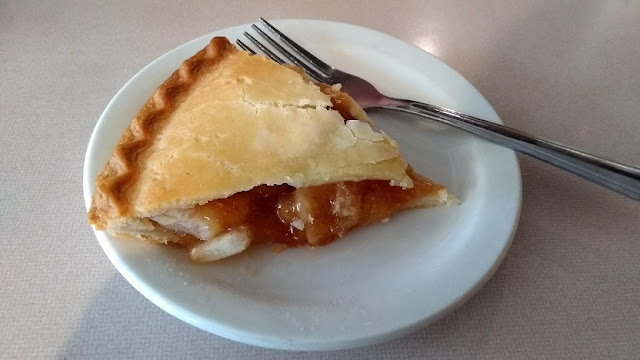 The waitress kindly offered to warm it up and I am glad she did. The pie was a fairly standard double-crust pie. The filling consisted of small pieces of apple in a lot of jelly, nicely flavoured with cinnamon.

In summary, I have nothing bad to say about this pie, but it did not have any special qualities that I could find either.

We found out that this pie was made elsewhere and received frozen. Mary's does make a homemade coconut cream pie, however. I'd love to have an excuse for tasting that, but I won't be able to put the review on this blog!