I haven't had much luck with apple pies at roadside restaurants. "Yeah, duh, what do you expect?", you might say.  But I'll keep trying, because I am dedicated to bring you reviews of all the apple pies I can find along my way.

When my pie arrived, it was cold, so I asked the waitress to heat it, in order to avoid repeating a previous experience. She did take it away somewhere, I assumed to a microwave oven, but when she brought it back it was just as cold as before.

This apple pie tasted much like it looks on the picture. The filling was ok, with just a hint of cinnamon, but the crust was dry.  Did I mention it was cold?

Enough said.  I'll probably stop at this restaurant again in the future, because of its convenient location along the highway and the other good food they have.  But I won't have their pie again. 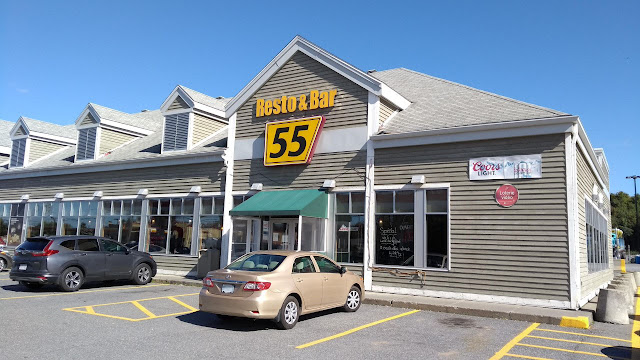