A sportsbar isn't the most obvious place where you'd expect to eat great apple pie, but in this case I was pleasantly surprised. When I asked what pies they had on their menu on the day of my visit, one of the choices was apple crumble pie. Needless to say I was looking forward to dessert even before I got my soup.

And when I got to the pie, I was not disappointed. This slice of pie was nicely presented on a plate with caramel drizzle. It looked a little disheveled, probably because they had put a scoop of vanilla ice cream on top. (As usual, I won't include the ice cream in my rating.)


The pie was served warm, which greatly enhances the flavour. The filling was nice and moist with a good dose of cinnamon, but it was a bit shallow. I mean, the apples slices were thin and there were less of them than I would expect.

The bottom crust was hardly noticeable, as it should be in my mind, especially for a crumble pie.  But the outside crust was a bit too thick for my liking.  I cannot really say it was dry, but there was too much of it.

In spite of that, this was a very good slice of pie. 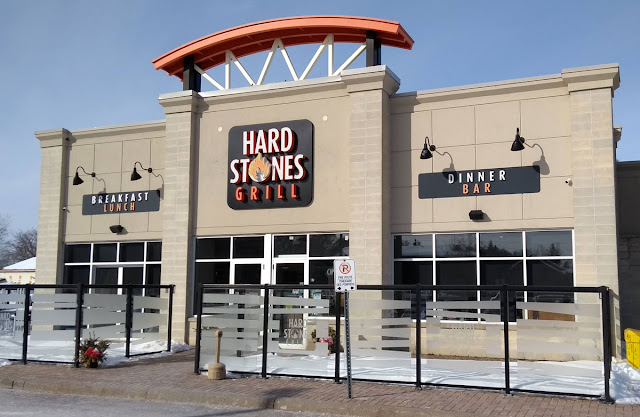