You don't always get what you pay for, even if you include the location in your calculation.

In my case today, the location had a view of Barcelona's famous basilica "Sagrada Familia", designed by world renowned architect Antoni Gaudí.

Note that some might consider this view a bit "too much of a good thing", given the over-the-top abundance of decoration on the "Nativity" facade visible from this restaurant.  But, as I discovered later, the inside of the basilica has a stark beauty and simplicity that I found quite impressive, unlike the interior of this eating place. 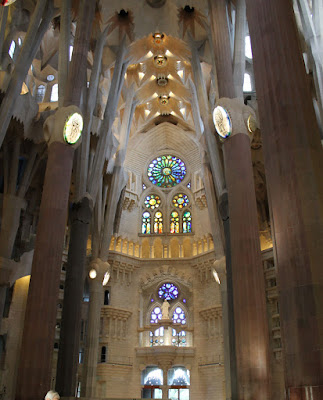 The basilica's beauty is however something I would only discover later because on this particular day it was too late to get tickets for the major tourist attraction. But I had made it this far, and I was hungry and exhausted, so I sat down for a cup of hot chocolate and the only type of apple pastry available, a kind of turnover. 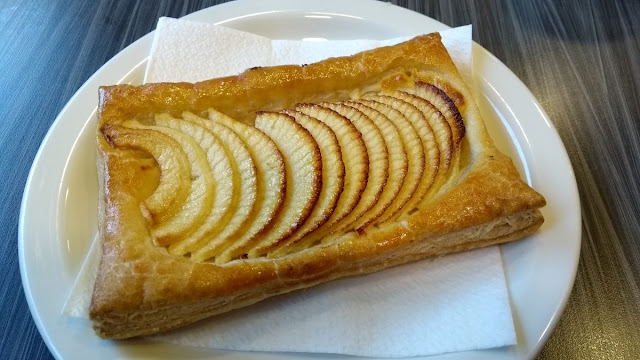 Both the drink and the pastry cost at least twice the amount I would have expected to pay elsewhere, so I guess the owner considered a 100% markup reasonable for the location. I might have accepted that reasoning if the pastry itself have been as good as the view, but unfortunately it was not.

The puff pastry crust was tough and a bit dry.  The filling consisted of a reasonable amount of apple slices on a thin custard base that actually tasted good, but it could not compensate for the dryness of the crust.

My overall impression was that this pastry may have tasted better when it came out of the oven, but that it may have spent a certain time waiting for me to come along. 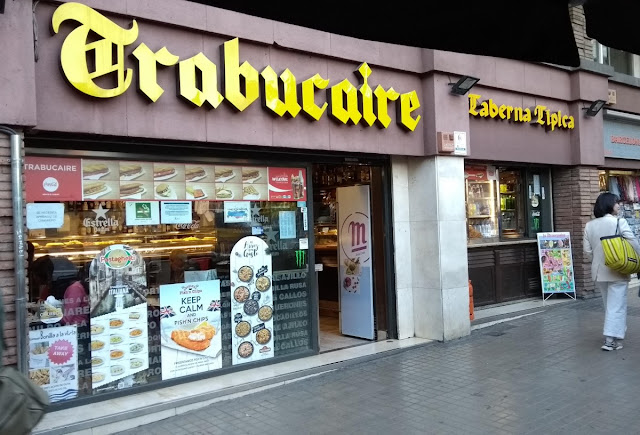 Well, live and learn.  Don't expect or value for money within walking distance of a major tourist attraction.  I should have known.