Just outside the ring highway around Brussels (Belgium) lies a little village called Jezus-Eik (Jesus' Oak). It got its name several hundred years ago, when the entire area was covered by forest. One particular oak tree was struck repeatedly by lightning. The locals attached a crucifix to the tree, to protect it. After a statue of Mary was added, miraculous healings begin to occur, turning Jezus-Eik into a place of pilgrimage.


Fast forward to the recent past: when many major European institutions got their headquarters in Brussels, space was required to house thousands of civil servants. Because of its proximity to a major access road into the city, Jezus-Eik quickly became a dormitory settlement for these commuters.

As such, it features several excellent restaurants. I had a wonderful meal in Restaurant de la Forêt, an unpretentious but excellent establishment serving typical Belgian dishes such as carbonades à la flamande, beef stewed in beer.

For dessert, I chose apple pie, which in this case turned out to be a dinner-plate filling delight that made up in circumference what it lacked in height. 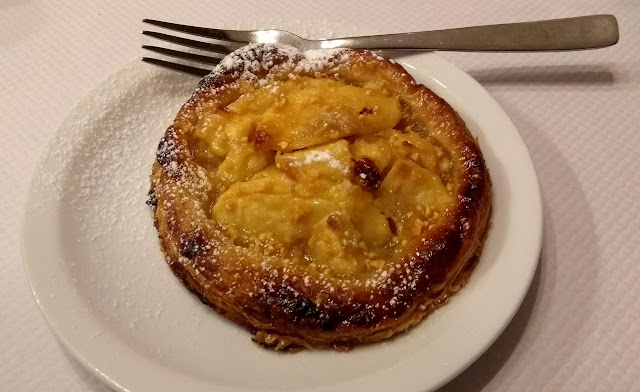 I actually found it easier to eat this way, because it retained its shape while I cut off pieces, whereas higher pies often fall apart as soon as you start eating them. 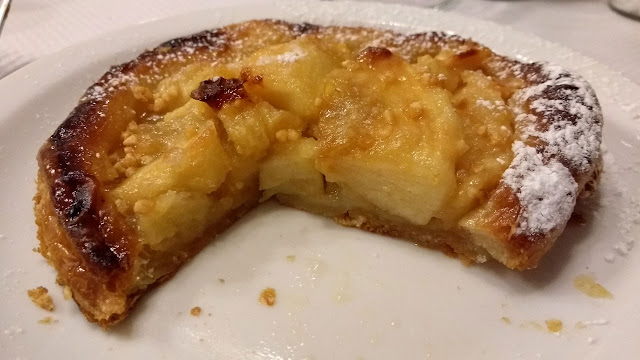 La Forêt's apple pie was served warm. (As usual, I declined the ice cream). It had plenty of apple on top, and the apple slices were well cooked. Although crunchiness has its virtue, I very much liked the softness of the warm apple. I detected no cinnamon but I tasted a caramel glaze that perfectly complemented the flavour of the apple.

If you are near Brussels, make the pligrimage to Restaurant de la Forêt! 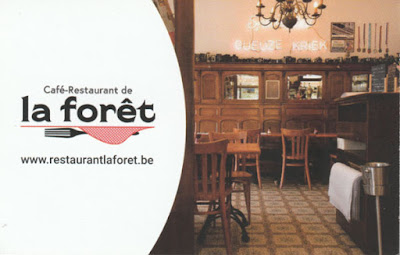