Is apple pie an essential service? Apparently not, because during the first months of the pandemic I was unable to go anywhere to enjoy a slice.

But spending the entire lockdown period without my favourite pies? No way!

So I decided to bake one myself. I looked up a Dutch "Appeltaart" recipe because the particular style of apple tart made in the Netherlands is what I grew up with. They are quite different from North American apple pies. The crust is made with flour, sugar and butter, and because of that it is more like shortbread, whereas the flakey crust of North American pies is more like puff pastry.

Which type of apple tart you prefer depends of course on your own taste, and I won't try to argue which one is best. All reviews are necessarily subjective, and mine are of course no exception.

Appeltaart is traditionally covered with a lattice of dough strips. I found that this is easier than it looks, and I am quite proud of the result 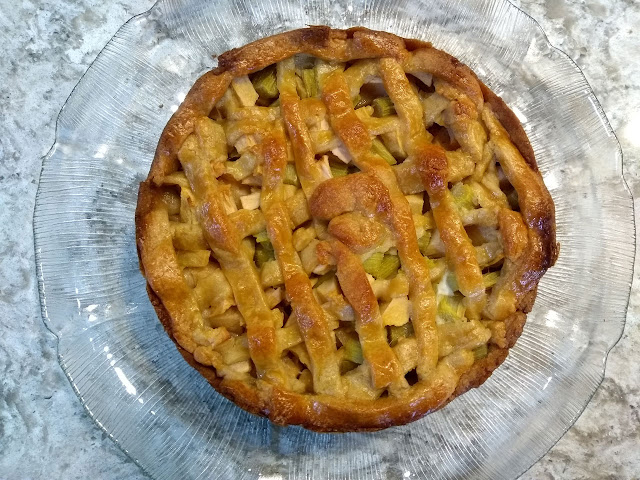 I will not rate my own work, because that would be so biased that it would not be useful. Let me just say that the only reason I don't make this recipe more often is that it contains way more butter than I am supposed to eat. I tried replacing the butter with a healthy brand of margarine, but the resulting dough was too soft and the Appeltaart just didn't taste the same. Sigh.