Apples with an Italian twist

Is it a cake, a tart or a pie? Maybe neither, according to at least one definition of the terms. 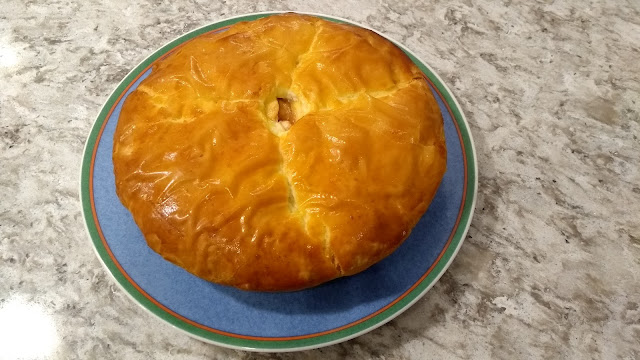 This sweet dessert that some friends of mine brought from SanRemo Bakery in Toronto has both a bottom and top crust, so it could be a pie. But the crust is not "crisp and flaky" but looks more like a cake and, judging by the taste, is very rich in eggs.
The bakery's website calls it a shortbread pie crust but it is soft, so that I would rather call it a shortcake (as in strawberry shortcake). 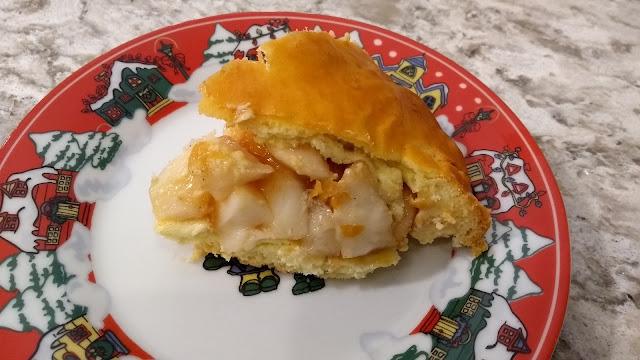 But enough about the crust. The filling is chockful of fresh apple slices with just a hint of cinnamon. In my opinion, they could have added more cinnamon to balance the almost overwhelming flavour of the cake pastry.
Overall, a very unique apple pie that allows me to dream of Italy at a time when international travel is not an option.