As Sweet as Can Be

Is an apple pie with crumble topping still a pie? I say yes, and even if it weren't I would review it here because I really like an oatmeal-based crumble topping. I find it a lot more interesting than a regular pie crust.

As I was ordering breakfast on the last day of a short vacation in Brockville (Ontario), my eye fell on the pies they were selling in Tait's Bakery, one of the few places that served breakfast before 9 am. 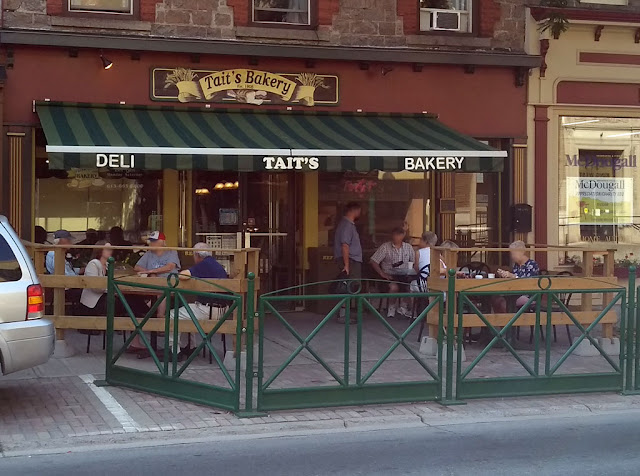 After a hearty breakfast of eggs, ham, potatoes and toast, I had no room left for a slice of pie, so I had to buy a whole pie and taste it at home. Ah, the things you do when you take your job seriously... 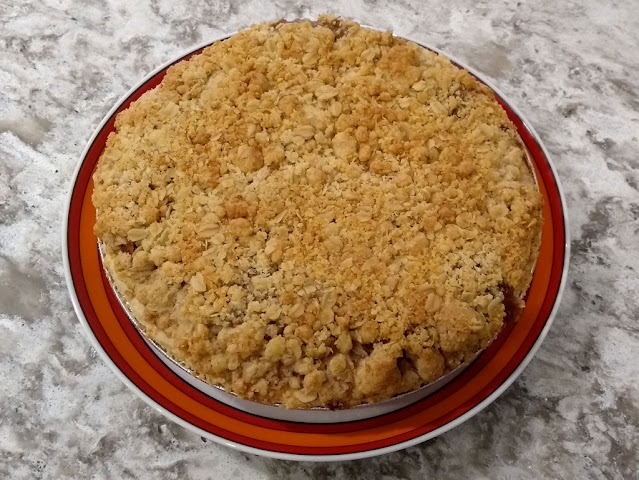 This really was a beautiful pie. Unfortunately, when I cut slices, they lost a bit of their shape. But never mind, it's the taste that counts.

And taste there was! Lots of fresh apple pieces in a cinnamon and caramel based sauce. The taste is marvelously sweet, and the flavours go well together. However, the caramel overpowered the taste of the apples somewhat, but I could have expected that since this was called "Apple Caramel Crumble". 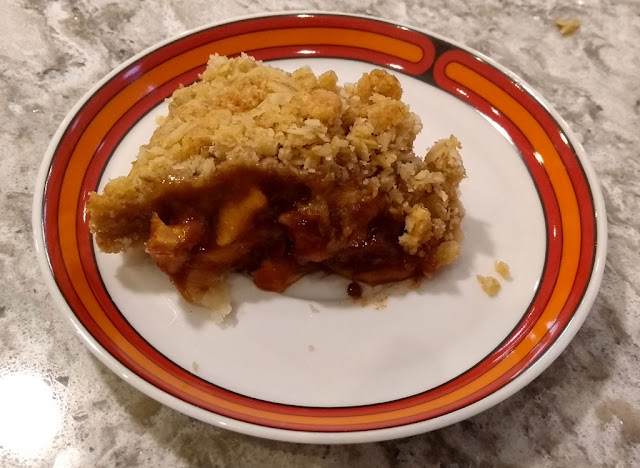 Brockville is a friendly town situated on the St Lawrence River, in the middle of the Thousand Islands. It has lots of parks and an active little harbour where you can observe big sailboats and other watercraft coming and going. 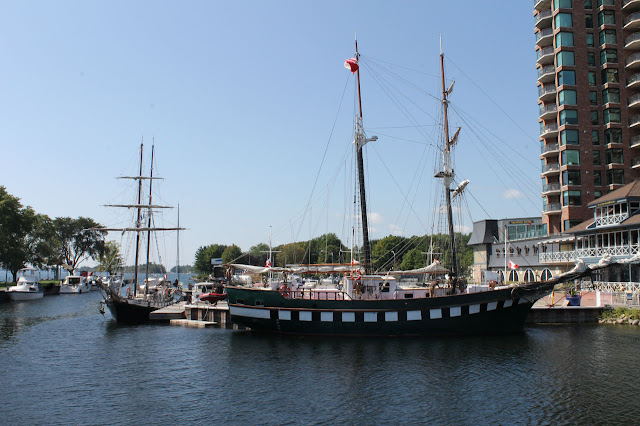 Brockville is also the site of the first railway tunnel in Canada. The tunnel is no longer used for trains, but it is open to the public and you can walk through it and learn about its history. 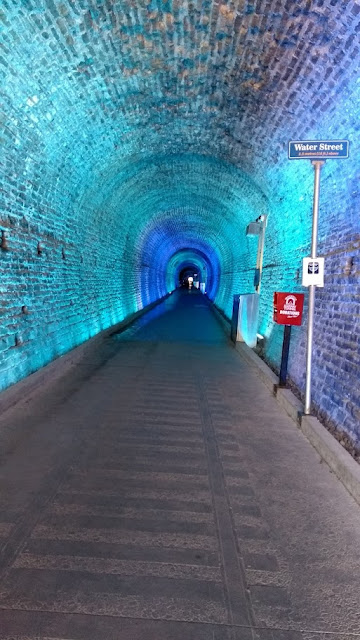